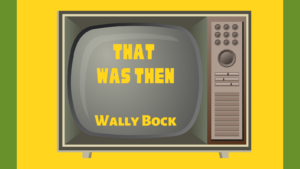 John Baldoni asked me a provocative question when he interviewed me on his podcast. He asked me what had changed since I started in business more than half a century ago.

John’s question has stayed with me since he asked it. I’ve had some time to reflect on it. Here is a longer and better answer than I gave John at the time.

I left the Marines in 1968 and started the business phase of my life. I got some great experience with small businesses, did a stint with a multinational corporation, and worked for a graduate school. I was fired several times before I started my own publishing and consulting company.

Leaders were supposed to be “in charge.”

That was then. Today we do most of our work in teams. We expect leaders to coach and support workers who probably know more about their work then the leader ever will. We’re learning that it’s OK for a leader not to know and even to not be in charge some of the time.

This is one of the hardest changes to make. The natural human sensitivity to hierarchy, our organizational structures, and vast heap of leadership literature shows the leader as “person in charge.” We have a long way to go before the idea of a leader as the person who helps others succeed is common.

There wasn’t much coaching in those days. One reason was people who needed a coach were seen as weak or unqualified. So, when I engaged a coach to help me in negotiations with a Japanese company, my boss advised me not to let anyone know about it.

That was then. Today we expect leaders to draw on coaches and mentors to help them do a better job. An entire coaching industry has sprung up to fill the needs.

We’ve come a long way on this, but there’s one important step left. We have yet to really see the leader as a kind of “coach-in-residence.” When we get there we will do better and our teams will be more productive.

We all dressed alike.

We all dressed alike in those days. Men wore solid or pinstriped black and grey suits. We wore white shirts and ties. Our ties were mostly red and blue and if there were any patterns, they were small.

I actually witnessed one person get fired for wearing nonconforming clothing. He wore a lime green leisure suit so he would stand out from the crowd. He did. He was noticed and fired on the spot.

That was then. Today you don’t see business suits as much as you did then. More people can choose what they want to wear most of the time. The pandemic leap to working from home, means that an awful lot of work is getting done in comfortable clothes.

This dress code was so powerful for me that I dressed up every day in a suit when I started my business. Sure, my office was at home, and I wouldn’t be seeing anyone on a given day, but I wore my suit and tie. That lasted almost a year.

The business world was stable.

Not much changed from year to year in the business world. Ten-year financial plans were common. We expected the basics of the business and our competition to remain the same forever. Long range planning and strategic planning were essentially the same thing.

That was then. Today we use the term VUCA to describe our world. We need situational awareness and agility to remain successful in a constantly changing environment.

All this talk of VUCA and change masks the fact that they’re not a reality on most days for most people. Most of us succeed because we do important routine and repetitive tasks with unremitting diligence.

There were no women in leadership.

There were no women in leadership. Zero. Not one in the company I worked for. When we had our executive meeting every Monday, the only woman in the room was taking meeting notes in shorthand.

There were lots of women in the company. There were secretaries, customer service people, and clerks of all kinds.

That was then. Today, we expect women to be part of our work and leadership teams. There are still issues around pay and career opportunity, but it’s a very different world from when I came up.

It’s also different from where it should be. We need as many brains in the game as we can get. We have a long way to go before companies and other institutions offer career options that allow for childbearing and child raising.

The “world” was North America.

When we spoke of the world back then, we meant “North America.” The corporation I worked for did business in many countries, but for us in the United States, North America was the world. We expected our leaders to come from America. Hardly any business leaders spoke a language other than English.

That was then. Today the world is that whole round thing. It’s also people in our work teams that come from all over. They speak several languages. They have customs and food choices we could not have imagined 50 years ago.

Leaders were supposed to be “in charge”

We all dressed alike.

The business world was stable.

There were no women in leadership.

The “world” was North America.