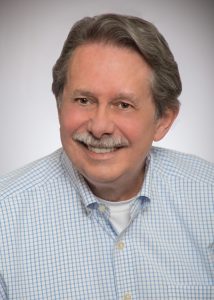 Like most people, I’ve done a lot of things in my life. I’ve done things I’m proud of and things I wish I could do over. But my journey starts where every human journey starts.

I was born in New York City in 1946. My dad was a Lutheran Pastor, noted for his innovative ministries and his excellent preaching. My mother was a pastor’s wife, but she also had a career of her own, very unusual for the time.

I went to the Bronx High School of Science and graduated from there in 1963. That was the golden age of the Public School System in New York City, and Bronx Science was the crown jewel. At the time, it was probably the premier academic high school in the United States.

I was able to land academic scholarships and couple of basketball scholarships as well. In those days, pastors didn’t make much money, so I was going to have to pay for my own college education.

One night at dinner my dad told me about a relative who was just a little older than me. He had gone off to a major university with his family paying the way. But he didn’t go and study.

He avoided going to classes for a year and a half, before his father found out. I thought about that a lot. I realized that however bright I was, if I went to college right then I’d probably do pretty much the same thing.

I’d been fascinated by the military for years. When I was a little boy, there was an Army Master Sergeant at the local recruiting station who took a liking to me, patiently answered all my questions, and gave me stacks of recruiting literature.

I thought about going to West Point or Annapolis, but the district where we lived had too many well-connected people going after those service academy appointments. So I started making the rounds of the recruiters.

Even in those days of the draft, the military services were on the lookout for bright young men and women. Army, Navy, Air Force, and Coast Guard recruiters offered me wonderful packages of benefits if I would sign up with them. The last service I talked to was the Marines.

I walked into the recruiting station where an old guy, (he was probably thirty-five) with an almost shaved head, a jaw as big as my fist, and creases in his shirt and trousers you could cut glass with, was filling out a form. He was the Marine recruiter.

When he looked up, I told him what all the other services had offered me one-by-one. He listened quietly. I concluded by asking, “What will the Marine Corps offer me?”

He turned back to his paperwork and growled, “Four years of Hell. A haircut every week. And a rifle.” Naturally, I joined the Marines. People like to be challenged.

I served in the Marines from 1963 to 1968. It was a formative experience in my life. I learned a lot about courage and leadership and principles and about how your capacity is more than you ever imagined.

There were a lot of things that stay with me to this day, but there are two that are important here. The first one is the job of the Marine leader. It has two parts. Accomplish the mission. And care for your people. That’s true for leadership anywhere.

When I was up before the Promotional Board examining me for promotion to Sergeant, I was asked what my ambitions were. I said that I wanted to acquire a commission and ultimately become Commandant of the Marine Corps.

A Marine Major was in charge of that panel. He enlisted during World War II and landed at Iowa Jima. That adventure gave him a scar that started above his hairline, ran across his cheek, and disappeared down into his collar. He fixed a steely glare on me.

“Don’t worry too much if you don’t make it all the way, son,” he said. “You’re seeking promotion to the most important job in the Marines. Those Generals may win a battle or two, but it’s Sergeants that win the wars.”

I had a lot of jobs after I got out of the Marines. I supported myself as a freelance writer and worked for a small consulting firm designing training programs. I worked for a small rigging and hauling company as the office manager. I went to work for a large multi-national and got on the fast track. While I was there, I completed my degree at special program of the Regents College of the University of the State of New York.

That was a great experience, because I could study material at night and on the weekends and then go back to my job, which was increasingly responsible, and try to apply it. But I was always frustrated. I’d get advice about what to do, but nobody ever told me how to actually do it. That came to a head one afternoon.

I was still an assistant manager, and that day I had to talk to one of our warehouse people, who was about twice my age, about his increasingly poor performance. I’d read all the stuff and I thought I knew I was doing. I don’t think I’ve ever been quite so wrong.

Not five minutes into the interview, the man rose up across the table. He towered over me while he turned bright red and slammed his fist repeatedly into the desk – so hard that posters shook off the walls. He stormed out of the room and slammed the door.

I sat there for a moment, letting myself get back together. I didn’t know what I’d done wrong. Heck, I didn’t even know what some of the right things to do were.

I vowed, right then, that I was going to learn how to really do the things that first-line supervisors have to do. I started reading and trying things out.

A couple of years after that, I moved on from the multi-national to a non-profit, where I was the Business Manager at a graduate school. I got the numbers right. We improved on every measurable performance indicator. But I messed up in other ways and got fired. I carried the lesson that you have to get the whole job right into the rest of my life and work.

I established my consulting firm in 1982 and for the next several years, I had a fairly conventional practice. I did business consulting as well as speaking, training, and writing on leadership issues. A few years after I started the firm, I got a call from the Oakland, California Police Department. What happened next was the story of how Three Star Leadership was born.

1982 was also the year I discovered online discussion groups on CompuServe. I wound up selling some of my books there. I was one of the first people in the world doing what we now call e-commerce. People began asking me to talk and write about what I did.

That led to several book contracts, and I caught the opening wave of interest in what was then called “The Information Superhighway.” I wrote or co-authored some of the first books about how companies could use the internet for business. Inc magazine called one of them, “a book every CEO should own.”

For several years, that was my main business focus. The leadership training went on autopilot, even though the research continued. I also began writing more and more.

As the Internet moved into the mainstream of business and life, I found my attention returning to the issues of supervision and leadership and management. I continued speaking and training, but, more and more, I’ve turned my attention to writing about leadership and helping other people improve their writing.

Today, I live in Charlotte, North Carolina with my wife, Renee. We have children and grandchildren living in several time zones.