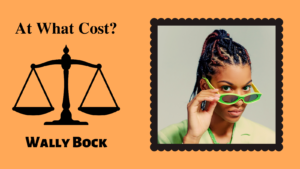 “Maximize.” It’s a remarkable word and we believe that holds the key to success. More than 8000 books on Amazon tell you how to maximize something. Click over to Forbes and you’ll find more than 25,000 articles that suggest you should maximize things like efficiency, profits, and growth.

That sounds like a great idea. But when you work to maximize one thing, you shift time, attention, and budget from other things. That can be dangerous.

The goal that led me astray

When I was starting out, Isaac Asimov was one of my heroes. He wrote hundreds of books. I figured I could do at least 100. That became my goal.

I was making pretty good progress until I realized something. When I made the goal of maximizing the number of books I wrote, I made tradeoffs I didn’t like. I found I started writing shorter books and looking for topics that lend themselves to short books. I started skimping on the number of drafts and the number of edits.

That violated my value of creating great books. I stopped doing quality work because I chose to optimize the amount of work I was doing.

My solution was simple. I quit counting the number of books I wrote.

It isn’t always that obvious or that easy.

The case of the tasteless tomatoes

Next time you’re at the grocery, pick up one of those standard grocery store tomatoes and hold it in your hand. It’s beautiful. It’s round and it’s red and the color is uniform. Not only that, but your grocery-store tomato is also tough. It can weather the stresses of being shipped across the world and still have lots of shelf life left.

Your grocery-store tomato is an example of goals gone wild. True it’s pretty and it’s tough but it tastes like pink sawdust. That’s because the tomato companies maximized hardiness and prettiness and forgot about flavor. The changes they made to maximize the number of tomatoes to sell in the grocery store also lowered the sugar content of their tomatoes, but no one cared because they were doing all that maximizing in the name of profit.

There are no solutions, just tradeoffs

It’s simple, really. If you maximize X, you take time, attention, and budget away from Y. You don’t have a choice about that. It’s a law of nature. Maximize one thing, and you minimize something else. Beware! That something else could be important.

Sometimes, maximization is a two-step

You crank up the amount of time you spend working. There are more hours in the office and more hours at home. You don’t have any more time to spend so the time you spend working more has to come from someplace. Maybe it comes from time with loved ones. It could come from recreational activities like your hobbies or time with friends. Or you could just try getting by with less sleep.

You may not notice the bad impact right away. Maybe, like in Harry Chapin’s song “Cat’s in the Cradle,” it won’t hit you until your kids are grown and gone. If you cut down on sleep, the effects of sleep deprivation won’t show up for a while. Friends and loved ones will forgive you because you mean well until suddenly, they don’t.

Caution: the laws of nature have not been repealed

Whenever you hear the word, “maximize,” ask yourself the question, “At what cost?”

When you consider spending more time, attention, or resources on one thing, ask yourself where those things will come from.

Maximizing one thing minimizes other things

Round, red grocery store tomatoes keep well and handle shipping at the cost of taste.

There are no solutions, only tradeoffs.

Time, money, and other resources are limited.

The costs of some maximizations don’t show up for a long, long time.

The word “maximize” should trigger the question: “At what cost?”

Beware the phrases “They won’t notice” and “It won’t matter.”

Great counsel, Wally! (And great writing!) When taken to “the firm” level it applies as well. Maximizing profit (short term) is always fraught with problems. I’ve never found the perfect word, but I like “optimize” rather than maximize.

Thanks for the kind words, Todd. I’m with you on “optimize” and its cousin “optimal.” I think that those are better goals for most human systems than any kind of “maximize.”